Certification in respiratory allergies and immunology (indian college of allergy) 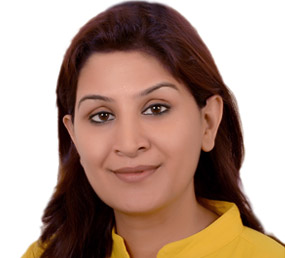 The concept behind allergy immunotherapy, whether it is received in the form of shots or tablets, is that the immune system can be desensitized to specific allergens that trigger allergy symptoms. Although it requires time and patience, the payback can be long-term relief.

How Do IMMUNOTHERAPY Work?

Allergy shots work much like a vaccine. Your body responds to injected amounts of a particular allergen given in increasing doses, eventually developing a resistance and tolerance to it. Allergy shots can lead to decreased, minimal or no allergy symptoms.

There generally are two phases: build-up and maintenance. Build-up often ranges from three to six months and involves receiving injections with increasing amounts of the allergens. The shots are typically given once or twice a week, though more rapid build-up schedules are sometimes used.

Who Can Be Treated with Allergy Shots?

Before deciding to begin allergy shots, you should consider:

Allergy shots for children age five and older are effective and often well tolerated. They might prevent the onset of new allergen sensitivities or the progression to asthma.

REGULAR INJECTIONS FOR HOW LONG

Some may experience decreased allergy symptoms during the build-up phase. For others, it may take as long as 12 months on the maintenance dose.

What Is the Length of Treatment?

Once the maintenance dose is reached, allergy shots are generally continued for three to five years. Some people may experience a permanent reduction of allergy symptoms. Others may relapse and a longer course of allergy shots can be considered.

What Are the Possible Reactions?

The two types of adverse reactions that can occur with allergy shots are local and systemic. Common local reactions include very mild redness and swelling at the injection site, which can happen immediately or several hours after. A systemic reaction, which is less common, affects the entire body or a particular body system. They are usually mild and typically respond quickly to medications. Signs include increased allergy symptoms such as sneezing, a stuffy nose or hives.

Rarely, a serious systemic reaction called anaphylaxis can develop. Symptoms include swelling in the throat, wheezing, a feeling of tightness in the chest, nausea or dizziness. Most serious systemic reactions develop within 30 minutes of allergy shots. This is why it is strongly recommended you wait in your doctor’s office for 30 minutes after your injections. Your allergist is trained to watch for reactions, and his or her staff is trained and equipped with the proper medications to identify and treat them.

Who Should Administer Allergy Shots?

An allergist / immunologist, often referred to as an allergist, is a pediatrician or internist with at least two additional years of specialized training in the diagnosis and treatment of allergies, asthma, immune deficiencies and other immunologic diseases.